Details of this reporting gathered from: CBS News. If applicable, secondary + sources are entered at the bottom of this record.
Adam Simgee was shot to death by a woman living off the land.

This case file is incomplete, and important elements of information are currently being acquired from external sources. Please bookmark and re-visit, as new information will be released as it is received and vetted.

A Florida college student exploring the Alabama wilderness with his girlfriend was fatally wounded during a shootout with a would-be robber who appeared to be living with others in the woods, authorities said.

Adam Simjee, 22, was shot to death in the Talladega National Forest near popular Cheaha State Park in east Alabama last week, the Clay County Sheriff's Office said in a statement. Yasmine Hider and Krystal Diane Pinkins were charged with murder, kidnapping and robbery, the statement said.

Wounded several times during the confrontation, Hider was awaiting transfer to jail from a Birmingham hospital where she underwent surgery for her wounds. Pinkins, 36, was jailed.

The couple was driving on a National Forest Service road when Hider flagged them down and asked for help with her car, sheriff's officials said. The woman then pulled out a gun and ordered them into the woods, they said, and Simjee produced a weapon he was carrying.

"Adam pulled out his gun and told her to get on the ground and that's when she started messing around with her gun. It jammed once but they both shot at each other and she was shot a few times and he was shot only once," Simjee's 20-year-old girlfriend, Mikayla Paulus, told WBMA-TV.

Simjee died despite the efforts of Paulus, who was performing CPR on him when authorities arrived, the statement said. She was not injured.

Authorities using a dog tracking team and a state police helicopter found a camp where they saw Pinkins, whose 5-year-old son ran from the woods with a loaded shotgun as officers were arresting her, sheriff's officials said.

The women may have been living "off the grid" in the National Forest, the sheriff's statement said, and forestry workers dismantled their camp.

"I lost the love of my life,'' Paulus told AL.com. "This will be with me forever."

Simjee and Paulus were getting ready to begin the school year at the University of Central Florida in Orlando, she told the news site. "We were starting school on Monday, so we wanted to do one last road trip,'' she said.

Simjee was an "intelligent, hard-working, humble, and loving human being," according to a GoFundMe page set up to cover his funeral costs. The page says funds will also "go toward paying for Mikayla's counseling and other expenses as she tries to move forward."

Court records did not show whether Hider or Pinkins, who had an address in Memphis, Tennessee, had an attorney who could speak on their behalf.

Missing NPF Public Notice
Missing NPF lists “Foul Play Suspected,” “Suspected Suicide,” “Cause of Death,” and other elements of data in association with public reporting. These settings do not reflect the opinions of Missing NPF and/or its staff. Unless explicitly noted, Missing NPF does not publicize opinion, nor are any of the initial reports written – or edited – by members of Missing NPF. All content (with the exception of “IMPORTANT” notices, listed toward the top of applicable case files) are the works of external persons, sources and/or entities. All pictures displayed on this case file have been downloaded from the public domain, unless a user has commented or otherwise transmitted a picture to Missing NPF or its social media accounts. Case updates are derived from external persons, sources, and/or entities, and do not reflect the internal work of Missing NPF, unless expressly noted. 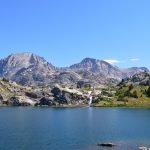