AUTHORITIES ARE SEARCHING FOR A KILLER. This story will likely have several updates, some more considerable than others. Please stay tuned to local, State or National news for the most up-to-date coverage.

GRAND COUNTY, Utah — The cause of death for the two women who were found dead Wednesday in the South Mesa area of the La Sal Loop Road in Grand County, Utah has been determined to be from gunshot wounds.

A GoFundMe has been set up to help with funeral expenses for the women. Although it was set up by the Schulte family, they say they will be helping the Turner family financially as well.

“Kylen’s heart has always been full of love and life and God,” Schulte’s family wrote on GoFundMe. “She was the best sister, daughter, niece and cousin. She was a true free spirit that lived for the joy in her heart not the hatred in the world.”

In a press release officials said they, “express our deepest sympathies and remorse to the victims’ families and friends,” and will provide more information to the public as it becomes available.

Anyone with information that may be helpful to the investigation should contact the Grand County Sheriff’s Office at 435-259-8115.

Other details from Fox 13,

The newlyweds married just four months ago and were well-loved by the Moab community. Schulte’s aunt, Bridget Calvert, said that Schulte had worked at Moonflower Community Cooperative the past four years and many who shopped there knew her.

The two turned a van into a camper, sharing photos on Instagram with #vanlife and #wifelife. They called the outdoors around Moab home.

When 24-year-old Schulte and 38-year-old Turner were no-call, no-shows at work two days in a row, friends and family knew something wasn’t right.

All the couple’s family live out-of-state — Schulte is from Montana and Turner from Arkansas.

They had to rely on others to try to figure out where the two were. Calvert said that police searched some campgrounds in the area, but they knew the couple enjoyed camping in more primitive places.

A family acquaintance in Moab took it upon herself to launch her own search, and Calvert described how the woman loaded up her car with supplies and headed out into the La Sal Mountains.

That friend came upon a horrifying discovery in the South Mesa area Wednesday.

“She was on the phone with my brother when she pulled up to the car,” Calvert said, talking about the couple’s Kia.

She said the friend looked at the site and saw a body. She stayed in her car and immediately called the Grand County Sheriff’s Office. Deputies came out and found a second body.

Calvert described how her brother, Schulte’s dad, delivered the news to the family.

“Then he sent a text and said, ‘It’s Kylen and Crystal, and they’re with Mac now,’ my nephew,” Calvert said, getting choked up.

Mackeon Schulte, Kylen’s brother, was killed six years ago at the age of 15. The family said he was shot by a friend.

Grand County Sheriff’s Office Capt. Shan Hackwell explained that they are investigating the deaths as homicides. They don’t have a suspect in custody, and he said they haven’t identified a suspect yet.

Missing NPF is following developments to this case closely and will release new information once it has been obtained and vetted.

Hector Flores Jr. and Luna Flores have been found alive

More From This Author 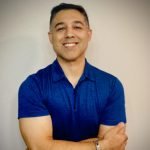 Joss Leal is an outdoor enthusiast, Clinical Mental Health Counseling graduate student with a Bachelor of Arts in Psychology and Business. Joss founded Missing NPF in October 2020, and maintains the Missing NPF database alongside a team of 3 dedicated ‘seekers’.

There is currently no centralized database for those who have gone missing in National Parks and/or Forests at the federal level.

We have established this listing in an effort to provide a holistic measure of assistance, both to inform future search efforts and to establish an assistive resource for those who are currently living with the loss of a loved one.

Missing NPF supports the call for federal agencies to establish, maintain, and share a full listing of those missing in U.S. National Parks and Forests. Meanwhile, we have established our own, and seek your collaboration in providing a meaningfully-detailed source by which to expand public knowledge, identify trends, and empower future search efforts. Join us on this mission.