The Jordan River is the northward-flowing, forty-mile-long waterway connecting Utah Lake on the south with the Great Salt Lake. Returning from California in June 1827, Jedediah Smith crossed the Jordan with some difficulty, noting in his journal that he was "very much strangled" in his attempt. This was probably a reference to the annual spring flooding of what normally is a rather slow-moving river; an occurrence which has been a matter of periodic concern to the area's inhabitants since the founding of Salt Lake City and surrounding communities.

The river was named the "Western Jordan" in 1847 by Heber C. Kimball, soon after his arrival in Utah. He noted its resemblance to the Middle Eastern river of the same name: a river flowing from a "fresh water lake through fertile valleys to a dead sea." "Western" was soon dropped from the river's name. 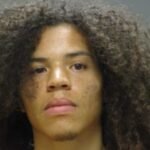